The pitfalls of localisation 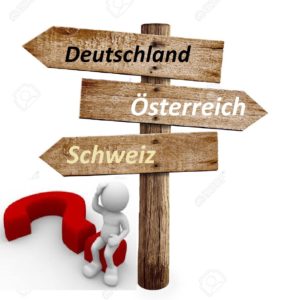 The fact that words are spelt differently in the US than in the UK is something we all know. But what about other languages ‘shared’ by various countries?

The German alphabet includes a letter that appears in no other alphabet – the ‘sharp s’ (ß). It indicates the use of a double ‘s’. For example, the word ‘street’ is mostly written in German as Straße.

But not in Switzerland, where the ‘sharp s’ has been officially dropped and replaced with a double ‘s’ – ‘Strasse’.

And there are more differences. Whereas the Swiss place no coma at the end of the greeting and begin the body of the letter with a capital letter, the Germans do the converse.

Is this important? Not for you, perhaps, but people in Switzerland generally attach importance to the things that distinguish their use of German as ‘Swiss-German’.

As regards the French language, Francophones in Switzerland – and also in Belgium – use other words for the numbers 70 to 99 than they use on France. For example, whereas the French word for ‘eighty’ is ‘quatre-vingts’ (literally four twenties) the Belgians and Swiss use the word huitante (based on the number eight – huit). If you write huitante in an official document in France you will be sure to raise eyebrows.

But in Mandarin Chinese the situation is even more fraught: it has two entirely different alphabets, the traditional and simplified. The correct choice of alphabet to use is vital, depending on the country in which the document is to be used.  In the People’s Republic of China, Singapore and Malaysia the simplified alphabet is used, whereas in all other countries and territories (such as Taiwan, Hong Kong, Macau, etc.) the traditional alphabet is standard. It goes without saying that this is a politically sensitive issue. If you are trying to do business in Taiwan, for example, you will not earn much goodwill by using the simplified alphabet.

Adapting a text to meet the expectations of the country for which it is intended is known as ‘localisation’. Many translation agencies offer localisation as a separate service. But at AVANTI we believe that ‘localisation’ is too important a matter to be left as an optional ‘add-on’.  At AVANTI we therefore integrate localisation requirements in all translation projects as standard. With no added charge. As standard practice before beginning any new project we will ask you to specify your spelling and vocabulary preferences.

All AVANTI clients can be certain in the knowledge that when they place an order for a translation the finished text will be precisely customised to its intended readers. With no added charge. Right up your Straße (or Strasse?). 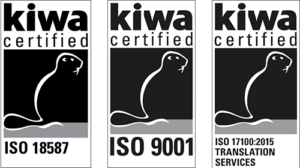 Each month, Avanti has a new promotion. To see what additional benefits we are offering you this month, click here.